How aviation design is changing

in the next 10 years

How aviation design is changing in the next 10 years

How aviation design is changing in the next 10 years

The world of aviation is constantly changing, and the next ten years could see significant developments in the whole aviation experience.

What aviation design changes could we expect in the next decade?

Autopilot is a term that has long been in the English language. We all accept that the majority of our flight is performed by technology rather than an actual pilot.

The technology is almost there for autonomous flight. The final step is to see who will be confident enough to allow a pilotless plane in their airspace.

Whether we will see regular autonomous planes in the next ten years remains to be seen, but with an estimated $30bn saving to the aviation industry, it is only a matter of time.

Security is an ever-increasing concern however increased security leads to delays and a poor customer experience.

Biometrics could be the answer with several trials ongoing involving facial recognition and fingerprinting to speed up the process whilst not impacting our safety.

We have become used to being a connected society with online access available 24/7. The only exception to this has been when flying.

In flight Wi-Fi will become the norm and the days of having to have your mobile device switched off will be gone. Hopefully common decency will prevail, and we won’t have to listen to our neighbour’s phone calls like we do on a train. However the ability to choose our own entertainment rather than select from the limited options provided by the airline will be a big step forward.

The increase in aviation use has caused very real environmental concerns however electric planes could be the answer. Several companies are working on electric plane designs at the moment. With the huge cost saving on fuel as well as the positive environmental impact, it is difficult to see a downside.

A possible added bonus could be the return of supersonic flight. Not seen in passenger airlines since the demise of Concorde.

Automation and Augmented Reality in airports

Anybody who has flown recently will have noticed how technology has changed the experience from online check ins to self-service bag drops to even robots greeting you in certain airports.

There will be even more of this in the next ten years. With the flyer performing the majority of the pre-flight process without ever speaking to a human.

Augmented Reality will become commonplace with users being able to choose their native language and navigate the airport. Getting information on shops restaurants, shops and how far they are from their gate, all in real time and superimposed over what they can see.

Security is always going to be an issue and how it impacts us is constantly changing.

Drones are becoming increasingly popular. However the aviation authorities haven’t yet got to grips as to how they can prevent them being used in a terrorist attack.

Cyber security has been big in the news recently. Whilst it is the stuff of Hollywood Thrillers, airlines have a lot of work to do to ensure that their plane’s infrastructure cannot be hacked.

Heathrow’s third runway has been making the headlines recently. However the expansion of London’s premier airport is nothing compared to the increase in the likes of China. Whole cities are springing up around airports rather than airports being created to service major cities.

Demand is expected to rise dramatically and with nobody falling out of love with air travel, the future of aviation design is nothing if not exciting.

Web Design & SEO: How They Work Together 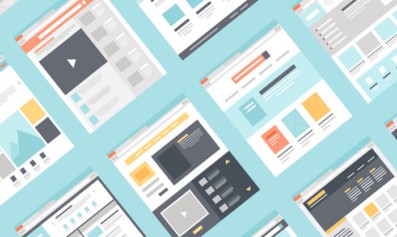