The future of electric cars

What you need to know

The future of electric cars – what you need to know

Electric cars are the future. We seem to have been saying this for decades but now it is actually coming true.

The UK and France have said sales of petrol and diesel cars will be banned from 2040. China, the world’s biggest polluter, has adopted rules that require carmakers to sell a set percentage of zero-emission vehicles each year.

So, what are we to expect with the future of electric cars?

The two biggest barriers to Electric Vehicle ownership at present are the distance a car can travel on one charge and the lack of charging infrastructure. Rapid charging stations will become ubiquitous at workplaces, shopping centres and railway stations. Whilst innovative ideas such as using lampposts as charging sockets are being trialled in London.

Most mass market EVs have a range of 100-150 miles before running out of charge. However battery technology is expected to extend that to about 400 miles within a decade.

As with all batteries, EV batteries have a limited life span. With the Nissan Leaf it is covered for between 60,000-100,000 miles before you will need a costly replacement. It is hoped that with mass production, the cost will have reduced in a number of years. However it is an issue that needs to be addressed.

When we think of the future of electric cars, we think of sleek, sporty cars whizzing from A to B like we are featuring in a futuristic science fiction movie. The reality at the moment is that electric cars look similar to their fossil fuel counterparts.

The decision behind this is largely economic. It is cheaper to use existing platforms rather than spend billions on designing new ones. Whilst there is an increasing demand for Electric Cars, dramatically redesigning how we expect a car to look may be too much too soon for the consumer.

Design will evolve over the years. With the lack of need to incorporate a combustion engine. This means more radical approaches can be implemented.

Design of interiors will go hand in hand with the introduction of Autonomous Vehicles (AV). If the car is driving itself, why would you need a driving seat? On board entertainment will become a major factor. Allowing the car to become a mini entertainment hub or office.

Cars will integrate with smart buildings and the possibility of shared ownership. Or on demand usage means less need for parking both at home and in the city.

The increased safety features and radical change in ownership and usage could mean cars heading to the outskirts of the city to recharge whilst you do your shopping or go to work and only returning when needed.

In terms of upfront costs, electric cars are still significantly more expensive than conventional ones. However increased production and deals that allow you to lease the battery should bring the cost down.

Electricity is a lot cheaper than petrol or diesel so the cost per mile will be reduced. Therefore balancing out the initial expense.

Some countries such as Norway have exemptions from VAT and traffic insurance taxes whilst also allowing electric vehicles to park for free or half price.

In the UK, 50% of power is now generated from low carbon sources. That share is expected to grow rapidly in the next decade. Energy is being generated, stored and distributed closer to the final customers who can choose the source of their energy. This allows the customer to not only drive a low emission car, but to choose to charge it from renewable energy.

The decrease in pollution isn’t the only big change coming. Possibly a greater impact on the environment is the design of our cities to accommodate rapid charging points and new ownership models.

A projected hundred-fold increase in lithium production to cater for the increased demand in battery technology will largely come from Chile and Bolivia with China and Australia also producing lithium. The rapid increase in production has potential for a massive environmental impact.

The electric car is the future, maybe not quite how we envisaged it in the movies. However, demand is gathering pace and very soon traditional cars will be consigned to the past. 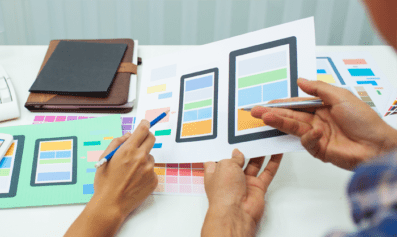