The ITV rebrand has just launched. What do we think of it?

ITV have a new logo, which obviously makes headline news in our world. This should be easy as no one was in love with the old one, but of course it isn’t. Just like the Olympics logo, the general public won’t want anything too different, it seems much easier to criticise a design than to find positives.

When a brand change comes around, it usually follows a change in the organisation or company. What’s changed? The programming features a new line, there are less documentaries and more shows like TOWIE, Take Me Out and Britain’s Got Talent. This brings a colourful vibrant logo, less serious and a lot of fun. To me however, I can’t help feel that this logo should be placed further back in the channel list, it just doesn’t scream main channel. What I do like about this brand is the fact that it is dynamic, colours change to certain programmes and adverts. The way it changes for the different channels isn’t mind blowing, but the CITV logo does work particularly well.

The logo changes colour to reflect different shows and stations

The main headlines with the change have nothing to do with the look, this was dominated by a very minor change in name, ITV 1 is now just ITV, which it was originally. This is surprising, as you would think no one would notice.

Of course with any rebrand as big as this, a font isn’t found, it is created. Although this looks less bespoke and pretty similar to most modern fonts, but because of this there isn’t anything objectionable about it. The font is called ITV Reem (named after the term ‘reem’ from TOWIE).

Compared to the last logo, which didn’t stretch the imagination. This chameleon of a logo will be easy to work with and as it is rolled out across the media, the public may grow to like this ITV rebrand in time. 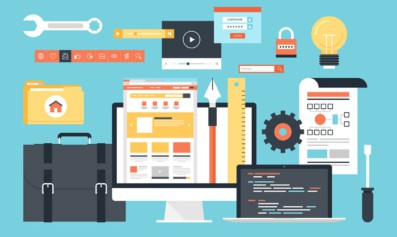